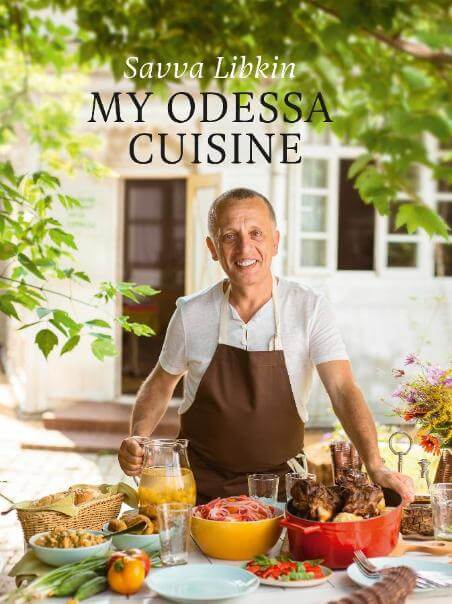 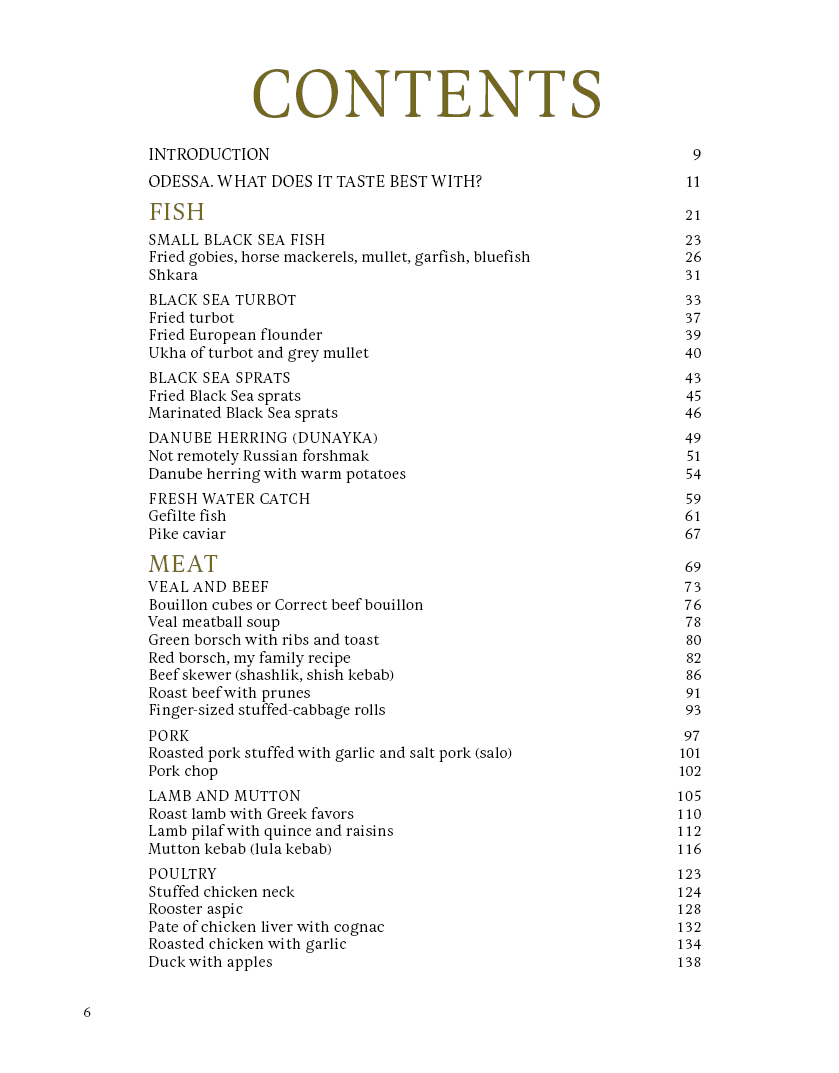 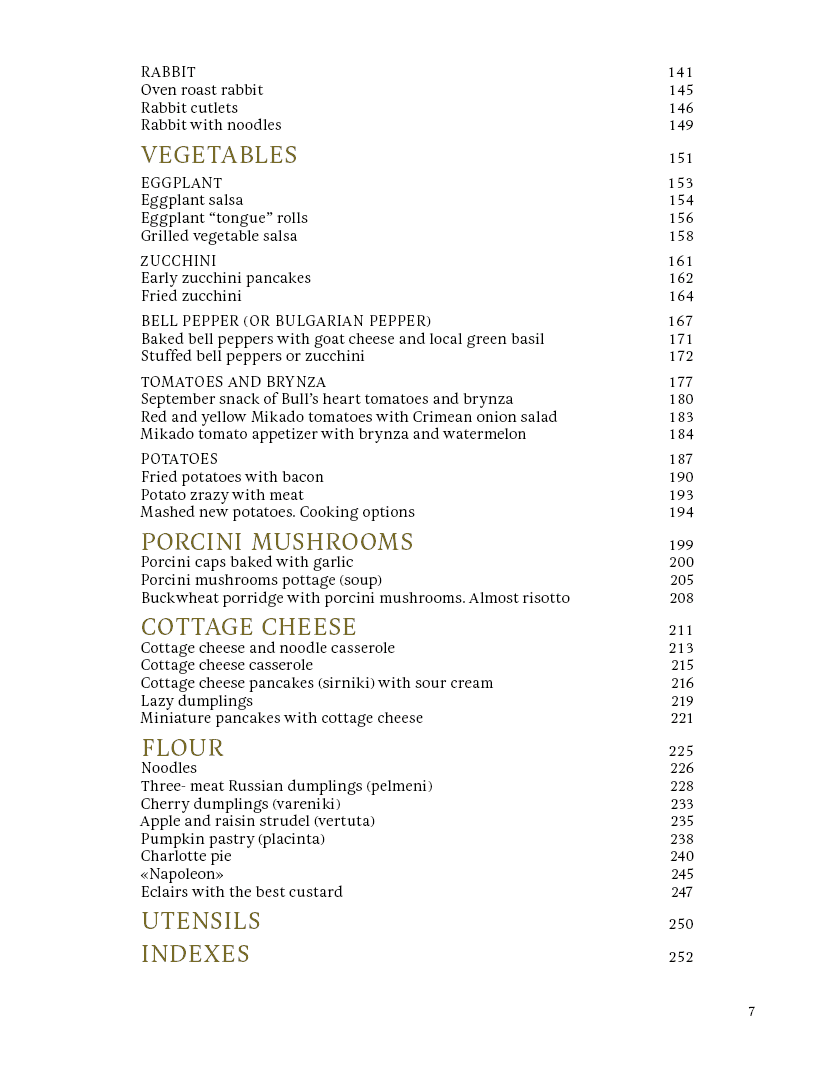 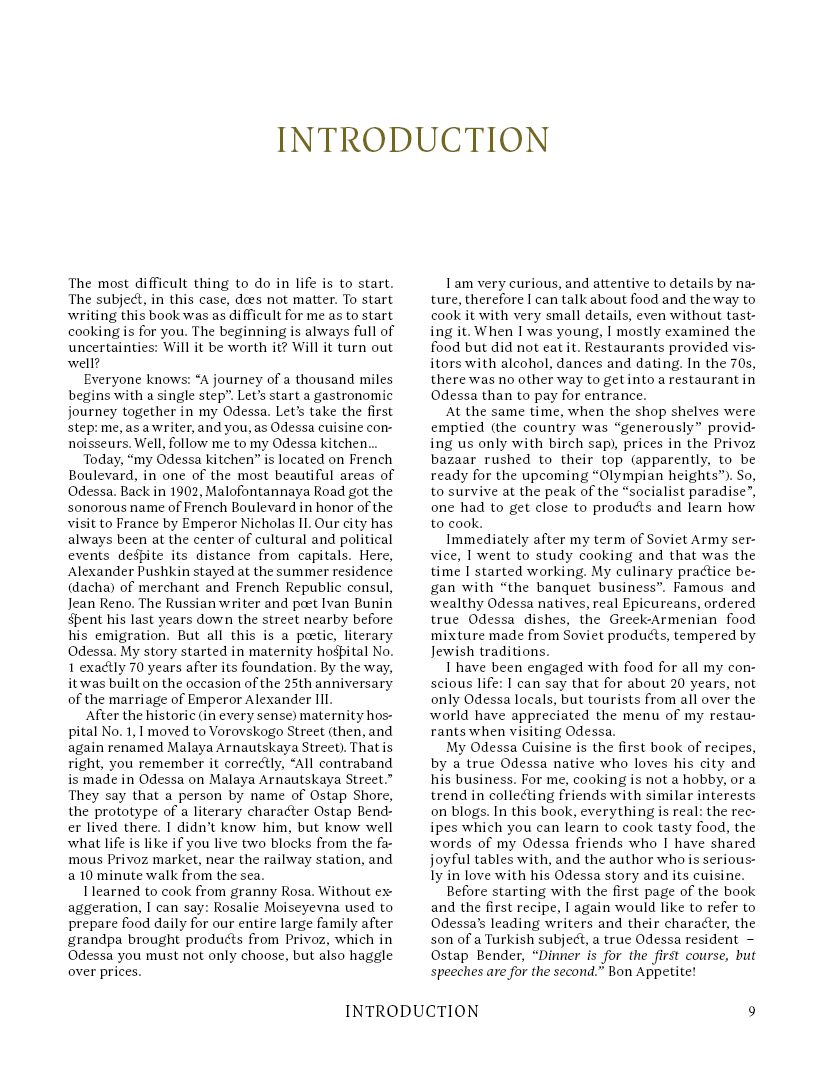 As if in a cauldron, Odessa cuisine has combined Ukrainian hospitality, Jewish resourcefulness, eastern fragrances, Russian solidity, French multilayeredness, and the spiciness of the Caucasus.

While having absorbed the best from each, Odessa cuisine then flavored dishes with a wedge of the southern sun, a pinch of salt from the generous sea, and the aroma of ripe tomatoes.

When being orchestrated by Savva Libkin, Odessa cuisine sounds like a melody, creating good moods and the desire to prepare salads and dunk with a piece of Borodinsky bread in the dressing. The eggplant salsa, a kilogram of which is only for “testing”... bright, unforgettable, leaving the warmest of memories, gathers everyone to the big table, Odessa cuisine leaves no one indifferent.